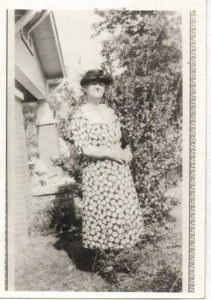 I recently held a letter in my own hands written by my great grandmother Mary May (Slankard) Hightower in 1929 to her son and daughter-in-law, my grandparents. It was in a box of papers that looked as though they would disintegrate and fly away if I breathed hard on them. I carefully unfolded the letter and brushed the dust off with a soft-bristle paintbrush, then placed it in an acid-free archival-quality clear plastic sleeve to protect it.

Those letters she wrote reveal something of my family that I might not have known. It always seemed to me that my family was not very well educated, but here I was reading letters, handwritten letters, written by my supposedly uneducated great grandmother who was born in 1867 and died in 1953. She wrote 5 pages of her life—how she missed her son and daughter-in-law, what the weather was like, what she was growing in her garden. She talked of being thankful that the Lord was helping her in an illness. She had clear handwriting, and wrote using clear language.

I don’t think that my great grandmother knew she was writing a letter that would be read by her future descendants but she had something she wanted to communicate and God saw that it was important enough for it to be preserved for her great grandchildren and other descendants to come.

“Write down for the coming generation what the Lord has done, so that people not yet born will praise him.” Psalm 102:18. Good News Translation.

We have the ability to use our words to communicate with future generations.֎ 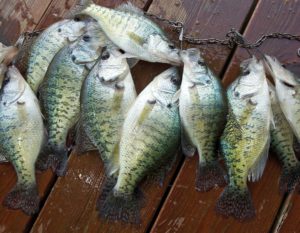 I was hungry for fish. Money was tight, so I had tried begging my fisherman neighbor but he told me that he’d given away his last catch and his freezer was empty.

I remember praying a simple prayer, like “Jesus, I’d sure like to have some fish to eat.” About 2 p.m. a kid from down the street rang the doorbell. This family had 3 or 4 little kids under 10 years old and they tormented me a lot, running in and out of my house all day long just like it was their own.

“Mom said to ask you if you want some fish.” I was shocked. Was the Lord going to answer my prayer through them? Of course I said yes, and started to get the sink ready to clean them. Here came that kid again with a plate of fresh fried crappie hot off the fire.  “Mom cooked these fish but us kids don’t like ’em,” and ran off to play.

That reminds me of another time that Jesus supplied the fish. It happened right after Jesus rose from the dead. Peter was discouraged and thinking about going back to his old life. He told his friends, “I’m going fishing.” They said, “We’ll go with you.” But they fished all night and caught nothing.  When dawn broke, Jesus stood on the beach and called, “Boys, did you catch any fish? Do you have anything to eat with your bread?” They said, “No!”

He said to them, “ Cast your net on the right side of the boat,” and they caught so many they couldn’t haul them all in. When Peter realized it was Jesus, he jumped off the boat and swam to shore. John 21:6. NKJV.

Jesus already had a fire going, and fish and bread ready to eat. “Come and eat, boys.”  The feast in heaven may just be crappie and fresh fried hushpuppies, cooked by Jesus Himself. 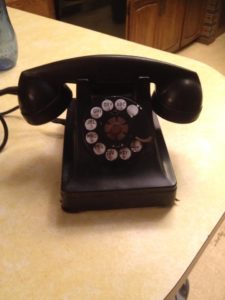 It’s Rodeo week in Vinita, Oklahoma. I hardly ever miss the rodeo parade, but I missed this one. I always mentally compare the current rodeo parade to the one in some distant yesteryear, when there were so many more horses and riders that they began to blur together. The floats were better, the bands had more students, and there were more bands. The parade in my memory was always better in every way.

Years ago, after the parade, we always went to South Park for Old Settlers’ Reunion. The fiddlers, dressed in their best overalls and cowboy hats, poured their hearts into their music. People sat around on park benches cooling themselves with cardboard fans from the funeral home and drinking lemonade. We were hot and sweaty, but so was everyone else.

Recently the Old Settlers’ Reunion was moved into air-conditioned facilities, and the name changed to All Settlers. People still sit around and visit with old friends while the fiddlers and singers still pour their hearts into their music.

Vinita has been defined in the past to the rest of the U.S. as an Old West horse and cattle country town with the Will Rogers Rodeo, large haying operations, multi-acre farm all part of our heritage.

Now we are busy redefining ourselves as a historical town and as a Route 66 town, with the well-known Clanton’s Café on the well-known cross-country highway.

What are you known for? Are you happy with the way you are being defined? Are you the stay-at-home mom whose kids are now grown? Are you the career woman recently retired? Are you still wearing the same hairdo you wore in the 60s?

“And do not be conformed to this world but be transformed by the renewing of your mind, that you may prove what is that good and acceptable and perfect will of God.” Romans 12:2 NKJV.

God’s Word has the ability within it to transform you into the image of Jesus. Like a mirror, the Word of God reveals us not only as we are, but as God wants us to become.

Times change, seasons change. Maybe it is time to redefine who you are. It is time to pray, “Lord, change me by Your Word. I want to be just like Jesus.”

Jesus used Peter’s boat as a stage to preach from with water as a natural amplification system. He wanted to repay Peter for the use of his boat, so He told Peter to get out away from the shore and let down his nets for a catch of fish. Jesus told Peter, “Launch out into the deep and let down your nets for a draught.” Luke 5:4 KJV.

Peter had fished all night and hadn’t caught a thing but he said, “Nevertheless, at thy word” and did what Jesus told him to do. And the result was probably the biggest catch he ever took. His boat was about to sink and he had to call for help from other boats.

Each one of those fish was like a dollar bill to Peter. After a profitless night of hard work, now in just a short time, Peter probably had enough money to pay all his bills and live on for a long time. Then Jesus said to Peter, “Follow me and I will make you fishers of men.”

In one act of obedience, when all natural wisdom cautioned against it, Peter took Jesus at His word and said, “Nevertheless, at thy word, I will.”

We can do something for Him, as He asks us to, like teach a Sunday School class, sing in the choir, give to the poor. When Jesus speaks to your heart, through His word, decide that you will be a Peter and take Jesus at His word.

You’ll receive much more than your little boat can hold.

I’ve always believed that, given the right information and material, I could do anything.  Even years ago when I was in college, I worked on my own typewriters and sewing machines. If I could look it up in a reference book, read it and see it, I could do it.

We Baby Boomer generation were raised by parents in a booming economy just out of World War II, excited about the future with the chance to make a good living. They worked hard, built homes, bought cars, saved their money, and planned for their children to graduate high school and go to college, because most of them hadn’t been able to do so.

These parents made their children believe that the sky was the limit, the world was theirs, they could be president, if they worked hard enough.

We the Baby Boomer generation graduated and raced out to change the world. We used the manuals that were there and wrote manuals for the things that didn’t have them. We invented new things and wrote the guidelines to go with them. We developed new ideas for using old things and gave the world the information in written form.

This generation has been the Information Technology generation. We were the ones who made the shift from industry to information, because we were taught that if you had the right information, you could do anything.

The world is full of people who are living their whole lives based on the wrong information. They believe you can work your way into heaven.  If you work hard, treat everyone well, do good deeds, and give to charity, then when you get to the Pearly Gates, Peter will pull out the balance scales and if your good deeds outweigh your sins, you will get into heaven.

However God’s Manual the Bible says, “For God so loved the world that He gave His only begotten Son, that whoever believes in Him should not perish but have everlasting life.” John 3:16 NKJV

There is only one way to have everlasting life, to enter into heaven when you die, and that is to believe in Jesus, God’s only Son.

Jesus is the only way to heaven.